Search through Christian Historical Fiction sorted by setting, period, historical events, and more.
No Comments on The Widow’s Secret by Naomi Rawlings 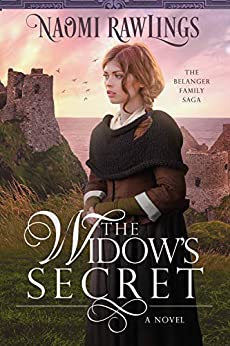 She needs a new beginning, but what if starting again costs more than she can bear?

With five children to care for, Brigitte Dubois struggles to find a way to support herself in order to keep her children out of the dangerous criminal underworld of her late husband’s family. When her father-in-law forces her hand, she’s sent to a farm on the outskirts of Abbeville, France, where she needs to gather information on a former soldier who may have played a role in her husband’s death.

Jean Paul Belanger knows firsthand the suffering that hunger and starvation can bring. That’s why he’s back on his family farm, working to feed the town’s hungry—and avoiding thinking about his past. He knows God has forgiven him for past wrongs, but forgiving himself has proven harder than he thought. When a beautiful, auburn-haired woman appears asking for a job, she and her children prove just the distraction he needs.

Digging up Jean Paul’s secrets isn’t easy. He offers food to all who need it, insists on helping her and the children, disarms her with his kind heart and caring ways—and won’t say a word about his past. But her father-in-law is growing impatient, and if she doesn’t find a way to appease him, the price might be greater than she and Jean Paul can afford to pay.

*Previously published as The Soldier’s Secrets