Search through Christian Historical Fiction sorted by setting, period, historical events, and more.
1 Comment on Hidden Among the Stars by Melanie Dobson

The year is 1938, and as Hitler’s troops sweep into Vienna, Austrian Max Dornbach promises to help his Jewish friends hide their most valuable possessions from the Nazis, smuggling them to his family’s summer estate near the picturesque village of Hallstatt. He enlists the help of Annika Knopf, his childhood friend and the caretaker’s daughter, who is eager to help the man she’s loved her entire life. But when Max also brings Luzia Weiss, a young Jewish woman, to hide at the castle, it complicates Annika’s feelings and puts their entire plan—even their very lives—in jeopardy. Especially when the Nazis come to scour the estate and find both Luzia and the treasure gone.

Eighty years later, Callie Randall is mostly content with her quiet life, running a bookstore with her sister and reaching out into the world through her blog. Then she finds a cryptic list in an old edition of Bambi that connects her to Annika’s story . . . and maybe to the long-buried story of a dear friend. As she digs into the past, Callie must risk venturing outside the safe world she’s built for a chance at answers, adventure, and maybe even new love.

No Comments on Shadow of the Wolf by Lianne Bruynell Lopes 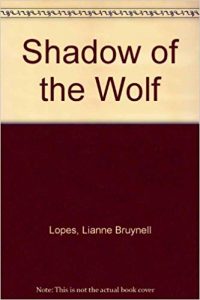 Anna Strayer flees America and the humiliation of a broken engagement to visit her Aunt and Uncle in Germany. Never in her wildest dreams could she imagine the whirlpool of events she is about to be sucked into. A mere two days after her arrival in Germany – Kristallnacht – the night of broken glass occurs. The enchanted country is suddenly enveloped in an evil cloud of darkness.

Anna agrees to aid her Uncle in his covert efforts to help Jews fleeing the ensuing holocaust. Her risky midnight excursions soon endanger her own life when she has a run in with a hard-nosed Gestapo agent.
Lieutenant Ricard Von Heimer is infatuated with the feisty young woman staying with his close friends. Despite his efforts to woo her, she remains cold and obstinate towards him–and her late night excursions after curfew deeply concern him.

Against her will, Anna finds her attraction to the handsome German officer growing. His gentle side is such a contrast to the cold, steel-eyed soldier, and her Uncle constantly reminds her things are not always as they seem.

When tragedy strikes and Anna is arrested, Ricard comes to her aid. In their hasty escape, he confesses his love and Anna realizes that she returns his affection. But their escape is short-lived when Ricard is shot and Anna is captured and sent to a concentration camp. Forsaken in the isolation chamber, Anna turns her heart to God and finds peace, but her questions remains unanswered. Will she live through this nightmare and see her parents in America again? Is it possible that Ricard could still be alive? Will she ever see his smiling green eyes again?